WHY IS THERE EVIL IN THE WORLD? 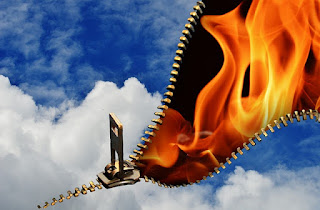 God is not the author of evil. After the final day of creation, God declared, “ it was very good.”

And God saw every thing that he had made, and, behold, it was very good. And the evening and the morning were the sixth day.
Genesis 1:31 (KJV)

Adam and Eve were put into a sinless paradise, but they disobeyed and rebelled against God and because of this, they sinned against God and were expelled from paradise. Adam’s sin brought condemnation to all men.

Wherefore, as by one man sin entered into the world, and death by sin; and so death passed upon all men, for that all have sinned:
Romans 5:12 (KJV)

While there is sin which is a transgression or violation against God’s holy law an act of rebellion against Him evil is present.

Whosoever committeth sin transgresseth also the law: for sin is the transgression of the law.
1 John 3:4 (KJV)

If God is good and powerful, why is there evil in the world? Skeptics like to use the existence of evil as an argument against God. If God was good, wouldn’t He want to deal with evil? If He is powerful, couldn’t He end the evil? But evil still exists, so therefore your God doesn’t.

God is powerful enough to remove all the evil in the world, but He would need to wipe out all of humanity. We look at things like murder and rape as being evil and they are, but what about lying, stealing, adultery and covetousness? All sin is evil in the eyes of the holy God. The heart of the problem is the problem of the heart. The heart is deceitful and wicked.

The heart is deceitful above all things, and desperately wicked: who can know it?
Jeremiah 17:9 (KJV)

Are you concerned about the problem of evil? Well, guess what? We are all part of the problem. Evil deeds can never be isolated from the evil doer. God has not yet cleansed the world of evil simply because He is giving people a chance to repent.

The Lord is not slack concerning his promise, as some men count slackness; but is
longsuffering to us-ward, not willing that any should perish, but that all should come to repentance.
2 Peter 3:9 (KJV)

However, the holy Bible says God is rich in mercy, He provided  a  Saviour, Jesus took the punishment for the sins of the world. He died on the cross, so that we could be forgiven, then He rose from the dead and defeated death.
But God commendeth his love toward us, in that, while we were yet sinners, Christ died for us.
Romans 5:8 (KJV)

To receive everlasting life as a free gift, we need to ask forgiveness, repent from all sin, believe, trust and faith in the Lord Jesus Christ alone to save you and you will pass from death unto life.

Verily, verily, I say unto you, He that heareth my word, and believeth on him that sent me, hath everlasting life, and shall not come into condemnation; but is passed from death unto life.
John 5 : 24 (KJV)