HE IS NOT HERE FOR HE IS RISEN 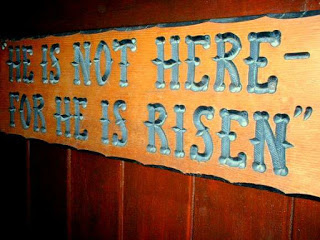 Above: On back of door in Tomb of Jesus

The reason why God commands all men everywhere to repent is…. Because he hath appointed a day, in the which he will judge the world in righteousness by that man whom he hath ordained; whereof he hath given assurance unto all men, in that he hath raised him from the dead.(Acts 17:31)


We can have assurance that the day of judgement will take place and that Jesus will judge the earth - because of the resurrection.


And I saw the dead, small and great, stand before God; and the books were opened: and another book was opened, which is the book of life: and the dead were judged out of those things which were written in the books, according to their works.
Revelation 20:12(KJV) 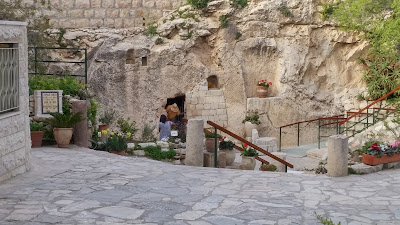 The Garden Tomb is believed by many to be the garden and sepulchre of Joseph of Arimathea, and therefore a possible site of the resurrection of Jesus.

So should we then try and convince an unbelieving world of the resurrection?
God’s Word is very clear about Jesus Christ resurrection appearances below:


Jesus Christ is the Lamb of God - who was beaten and bruised for our transgressions, willingly giving up His life to conquer the grave for us!He then rose from the dead, because it was not possible that death could hold him.


Whom God hath raised up, having loosed the pains of death: because it was not possible that he should be holden of it.Acts 2:24(KJV) 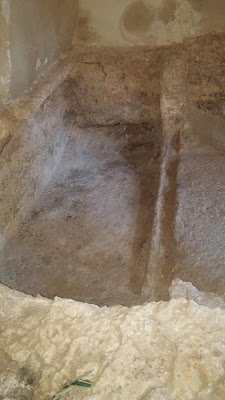 
When sinners repent and believe the gospel, the eyes of their understanding are enlightened. They pass from darkness into light, from death to life.

Verily, verily, I say unto you, He that heareth my word, and believeth on him that sent me, hath everlasting life, and shall not come into condemnation; but is passed from death unto life.
John 5:24(KJV)

We then become a new creation in Christ with a brand new heart and new desires.


Therefore if any man be in Christ, he is a new creature: old things are passed away; behold, all things are become new.
2 Corinthians 5:17(KJV) 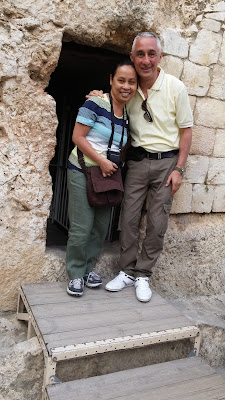 Above: Outside Tomb of Jesus


It is through the power of the gospel that the world will appreciate the miracle of the risen Christ who is the resurrection, also have assurance that God has appointed a day in which He will judge the world in righteousness.


So celebrate the resurrection by sharing the good news of the gospel with someone today. 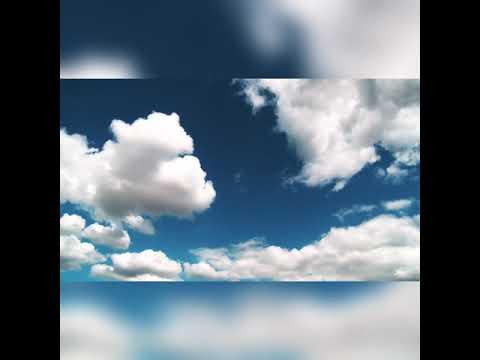